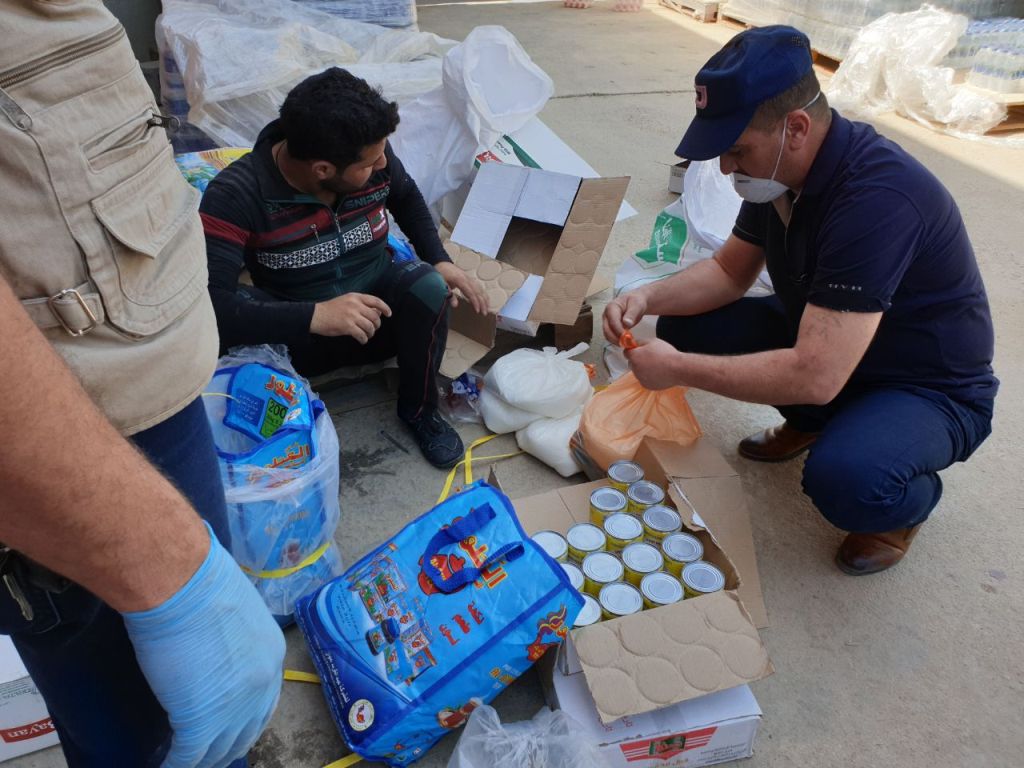 More than 820 million people do not have enough to eat. Of these, 113 million are coping with severe hunger. Families in the world’s poorest regions are one missed-day-wage away from food insecurity, while those living in conflict areas are the most vulnerable, like in Yemen where over 13 million people face starvation.

This has been the situation before the COVID-19 outbreak.

These numbers and tragedies are expected to rise with lockdowns and transportation disruptions. In poorer regions with the pandemic impacted incomes, those who were already vulnerable to food insecurity are now in a worse situation. In fragile and conflict-affected states, where logistics and distribution are difficult even without Covid-19 and social distancing, people are now facing additional challenges in accessing food.

In a virtual meeting organized by the International Civil Society Action Network, bringing together over 30 women peacebuilders from across the globe, food insecurity was one of the major issues they raised. I heard how women on the ground are taking the responsibility of filling people’s basic needs and trying to alleviate some of the suffering.

In Turkey, Syrian refugees who were already living in dire circumstances were severely impacted by the lockdowns, so Syrian woman peacebuilder, Najlaa Alsheikh, started a small campaign to fundraise and help those in need. Najlaa started off doing this with her two sons and a truck driver, helping 80 families. A few weeks later, her operation expanded to include several merchants, the local government and Najlaa is now helping 5000 families.

In Indonesia, woman peacebuilder Ruby Kholifah, also pivoted her work to raise awareness and provide humanitarian aid. Ruby’s organization works in 39 communities at the village level and provides hundreds of food packages and protective masks every week. This, in addition to setting up isolation homes for migrants returning back to the villages.

In Pakistan, Sri Lanka, Kenya, Palestine, Uganda, and other countries, women formed committees and organized to make sure food reaches those in need. Especially with the advent of the fasting month of Ramadan, special measures are being taken to ensure people have enough nutrition.

It was incredibly informative and overwhelming to hear from the women about the scale of the crisis and the work they do to help. Although these women take such a huge responsibility, they are not included in governments’ policy or decision making. They do not receive the support they should get. They effectively organize to support many people despite of not receiving government help.

Here in Canada we also have people who are suffering, especially the homeless population. They have challenges keeping safe, exercising social distancing, and sometimes have difficulty in obtaining food. We have amazing Canadians who despite the risk to their health, are valiantly working for our most vulnerable.

After hearing the women speak of how they were organizing to get food to the most vulnerable I remembered my mother, Goolbanu Sherali Bandali Jaffer. She was a social worker in Uganda and although this was not part of her job, she would organize food programs for many years. I remember her convincing US Aid to provide her with powdered milk, and three times a week at lunchtime she would hand out milk, mostly to other women. They would be lined up at our house and sometimes around our block. She would, along with her women friends’ assistance, raise money to buy fresh food and vegetables for those in need.

I often remember going with my mother to grocery stores. She would use her persuasive skills to obtain flour, rice, and lentils from them. I so clearly remember some merchants protesting that she was just at their store the previous month. She would immediately admit that she was, and would again come the following month. She would sweetly explain that the vulnerable people have the same challenge as all of us. They have to eat every day. They, as we do, need food every day and not every other month. She always had a way to move fast and collect groceries. I learned so much from her. She had a comfortable job and home and yet she always made sure people, especially women, in her city also ate as she and her family did.

Today I urge our Government, Parliamentarians, and each one of us to do more.

Food insecurity and hunger do not have a place in our world, particularly when we all face a pandemic and a health crisis that is made worse by malnutrition and insecurity.

As my mother used to say we all have to eat.