A Visit to William Head Institution

A Visit to William Head Institution

Recently, along with a lifelong prisoner rights advocate and my friend, Senator Kim Pate and a member from my staff, Madison Pate-Green, I had the absolute honour and privilege of visiting William Head a minimum-security prison for men, located just outside of Victoria.

When I arrived at the prison, it looked much different than what I had pictured. There were very few walls, minimal barbed wire fencing, and I did not see many uniformed guards. Instead, I saw communities of houses where the men cook and clean for themselves and a large wooden Indigenous lodge where we met with both prison staff, as well as the men inside.

I was pleasantly surprised when the staff took the time to answer our questions in ways that I feel were open and truthful. One response from a staff member struck me. He said he thought the reason William Head was so successful at preventing violence and helping prisoners is because it did not use traditional prison tools like weapons, walls and violence to control them.

Instead, staff talked about how important it is to really listen to men inside and do their best to assist them. One example of this was that the staff had printed out copies of the Standing Senate Committee on Human Rights report “Human Rights of Federally-Sentenced Persons” so that the men could be prepared when we senators came to meet with them.

It was truly moving to see that the men had read the entire study and had even more suggestions for us as to how we can continue to work to improve the rights of people in prison.

Throughout this visit, I just kept thinking to myself how different William Head Institution is from what I had pictured. 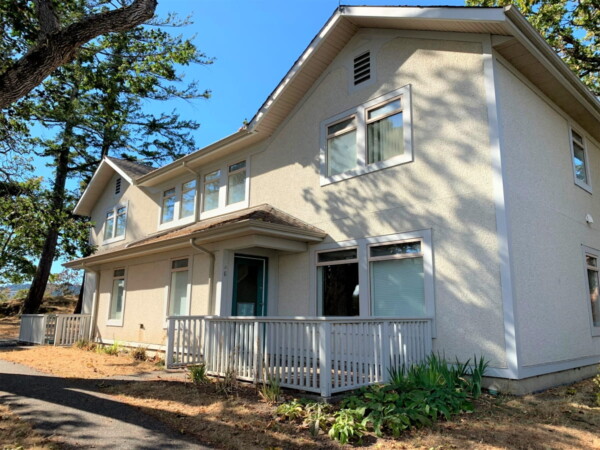 Even though some of the men inside, may not be getting out, they are doing everything they can to better themselves and show that they deserve a second chance.

Most of us believe that when a person is sentenced to life in prison, it means they would be inside for ten or maybe fifteen years.

At this minimum institution, I heard from men who had been in prison for over 30 years. Sadly, even though these men have successfully moved down to minimum security, many of them are not getting ready to be released and to reintegrate into society. They will likely stay at this prison for the rest of their lives.

This was a reminder that there is no such thing as a perfect prison. The men told us about a huge lack of mental health services, lack of trauma healing opportunities and inadequate addiction services. When a person doesn’t have access to programs and services, it is extremely difficult for them to work on the issues that led to their imprisonment.

I really feel that the intention of prisons is supposed to be to prepare prisoners for their release. However, in the words of one of the men we spoke to:

“corrections is churning broken people out into the community”

Still, even in the midst of so many struggles, we heard from a gentleman who has been in prison since he was nineteen years old, who, with the support of the University of Victoria, recently earned a Ph.D. and plans to continue with his education. Proving, no matter the circumstances, with the right support, anyone can accomplish amazing things.