The Canadian Charter of Rights and Freedoms: Legal Rights, Part 1 – The Right to Life Itself

The Canadian Charter of Rights and Freedoms: Legal Rights, Part 1 – The Right to Life Itself 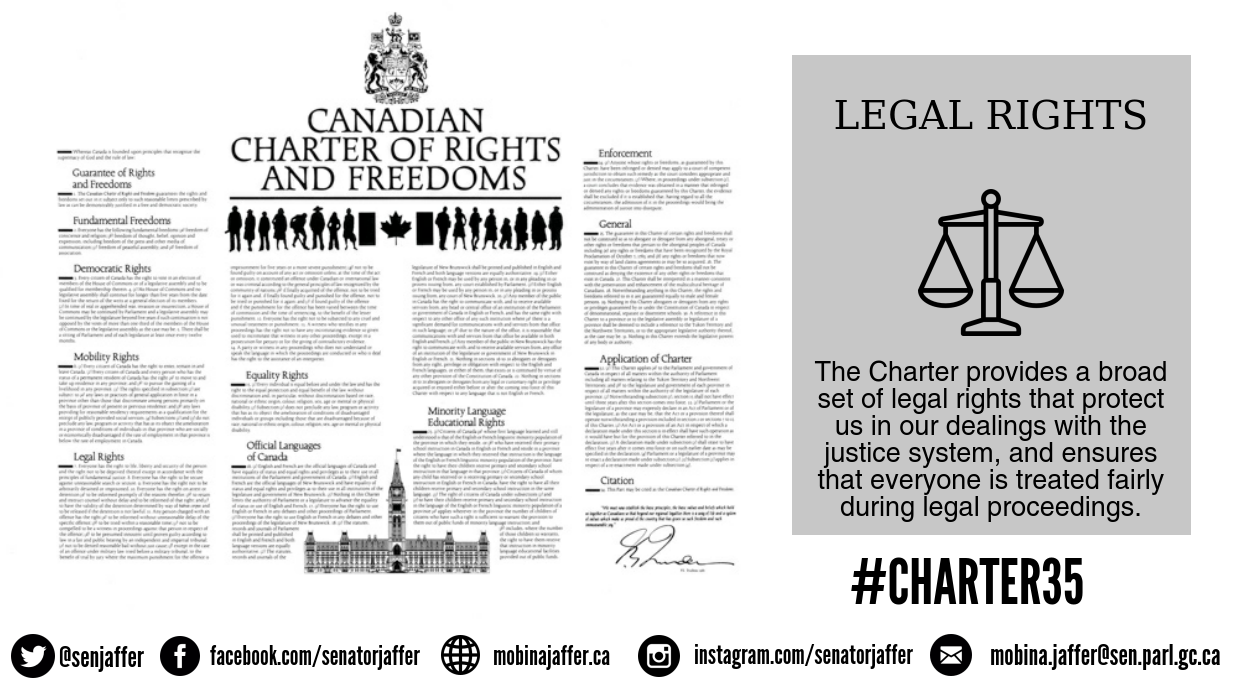 From this week onwards, my blog will be moving on to cover a different right within the Canadian Charter of Rights and Freedoms- the right to life, liberty and security of person found within Section 7, which reads as follows:

Unlike the other rights I have covered, I will deal with Section 7 on its own, since it is so important and seen more landmark cases than almost any other right in the Charter. In today’s blog, I will cover the first of the key words “Life, liberty and security of person”- the right to life.

In Section 7, the word life quite literally describes the right to be alive. On its most basic level, that means that no law or court can define how your life either begins or ends.

Initially, this was included into the Charter to avoid having any laws that included capital punishment. While the death penalty was actually abolished six years before the drafting of the Charter in 1976, Prime Minister Trudeau wanted to ensure that it would never be brought back again.

The Supreme Court’s answer to this question was no. In their view, the “human life is sacred and inviolable,” meaning that there is absolutely no circumstance in which a person would have the right to end their own life.

However, Rodriguez and similar cases sparked a debate that still goes on today! Canadians across the country spoke out against this ruling, stating that it made them unable to decide their own fates, despite their free will! This led to a series of challenges in the court.

It took 22 whole years to reverse this decision, in a famous case known as Carter v. Canada. In this case, a woman suffering from spinal stenosis and ALS suffered from horrifying pain every day and sought a way to end her suffering- stating that her only escape would be death by self-starvation if the court denied her.

Seeing how cruel it would be to force a person to suffer until they finally died, the Supreme Court finally reversed its decision and granted all Canadians the right to have intolerable suffering ended.

This topic is especially timely, since it came before Parliament this year! In June, C-14 passed, which set out the framework for Canadians to seek medically assisted death to relieve suffering from terminal illnesses, was passed through Parliament.

This bill was not perfect (as I discuss in my speech, which can be read here), but it was an important recognition of the rights that the Supreme Court and Charter both grant all Canadians, and shows that even rights as basic as the right to life are still being debated today!