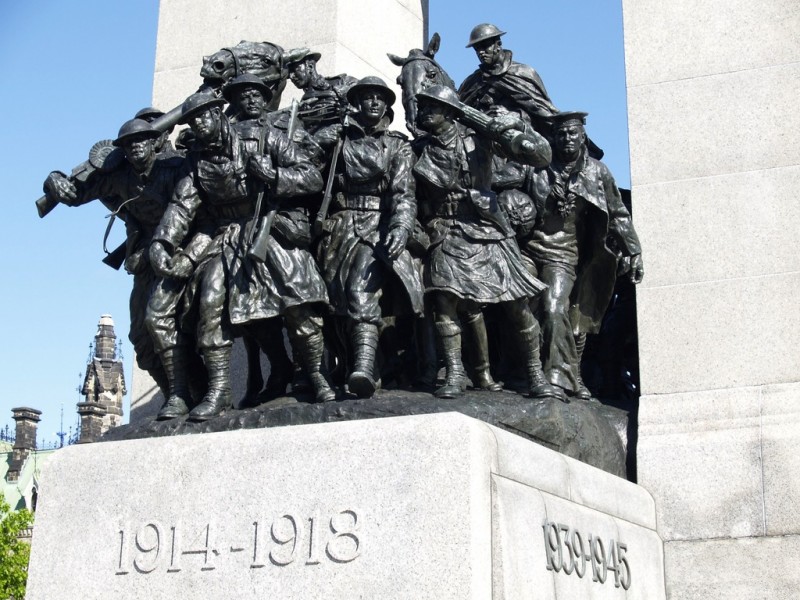 On this day today, November 11, 1918, exactly 100 years ago, the First World War ended at 6 o’clock in the morning. From 1914 to 1918, more than 650,000 Canadian men and women served overseas. Some 172,000 were wounded, and 66,000 of them lost their lives. These Canadians men and women were more than numbers and statistics. They were mothers and fathers, sisters and brothers, sons and daughters.

Since 1919, Remembrance Day is observed throughout the Commonwealth. It commemorates the end of this deadly war, and in memory of fallen soldiers who fought for our country.

One of those fallen soldiers is the young 17-year-old Private Lawrence from Brantford, Ontario. Too young to witness the horror of the battlefield, Private Lawrence was wounded at 5:45 in the morning of November 11, 1918, only 15 minutes before the armistice ending the First World War.

His life, along with many others, could have been spared if this conflict was resolved sooner.

As we fast forward over 80 years later, our history brings us to the war in Afghanistan (2001 to 2014), which makes it Canada’s longest war and most recent combat engagement since the Korean War. More than 40,000 Canadian Armed Forces members served in this war. A total of 158 soldiers, men and women, lost their lives.

One of those women was Captain Nichola Goddard who was the first Canadian female soldier killed in Afghanistan.

She was a Forward Observation Officer — one of the most perilous, exposed positions in the army. In other words, an artillery officer at the front end of the front lines.

On May 17, 2006, Captain Goddard led a light armoured vehicle into battle against a Taliban force planning an assault on Kandahar. Her team was ambushed. A rocket-propelled grenade hit her vehicle, ending her young life in an instant.

Remembrance Day is the day to pay tribute to the women and men who have fought and fallen for this country.

Private Lawrence, Captain Goddard and all the Canadian Armed Forces members who committed the ultimate sacrifice remain an inspiration to all of us. They put themselves in harm’s way in the pursuit of peace and human dignity, and to protect the values we all share as Canadians.

We remember the brave Canadian men and women our country lost too soon.