The Invisible Visible Minority: From Inadequate Housing to Discrimination

The Invisible Visible Minority: From Inadequate Housing to Discrimination 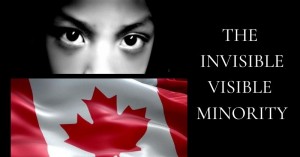 Racial discrimination can manifest as negative attitudes against, and poor treatment of, those who live in a particular area or neighbourhood. Researchers have documented instances of people living in such neighbourhoods being unable to obtain insurance, get couriers to make deliveries, or have a taxi driver pick them up from the area. Landlords may also reject applications for rental housing when they see that the applicant lives in one of these stigmatized neighbourhoods.

A 2019 Ontario study found that just over 50% of people and families of colour in Canada live in homes which are not affordable (leading to homelessness), are inadequate (meaning they require repair or maintenance) and are deemed unsuitable (they are overcrowded, among other issues).

The study also found that in addition to poor housing conditions, Indigenous Peoples, peoples of colour and immigrants face discrimination on the basis of their source of income, credit history, access to guarantors and references, racial identity, immigration status, gender and age.

Still, many people tend to dismiss racialized people’s challenges by stating these are challenges faced by all poor people.  However, as we established in the previous blog, racialized people have tremendous obstacles to employment. Obstacles ranging from not getting hired, to being forced to accept jobs outside of their field and in low-wage labour markets, not receiving equal pay and ultimately, hitting glass ceilings when attempting to access promotions or pay-raises. Consequently, access to adequate housing becomes a major issue.

Research from Canada’s largest cities suggests that visible minority groups are at a disadvantage in both the rental and homeownership markets. Access to affordable housing is also subject to spatial biases and constraints, such as discriminatory practices by urban gatekeepers (e.g., real estate agents, landlords, mortgage lenders). These constraints can contribute to the creation and perpetuation of high levels of involuntary residential concentration of immigrants, including racial and ethnic segregation in certain housing areas.

To make matters worse, to this day, lasting legacies of historical racism in real estate remain in effect. In this respect, it is important to remember that covenants on land titles were still effective till only a few decades ago.

For example, in Western Vancouver neighbourhood known as the British Properties, the covenant read: “No person of the African or Asiatic race or African or Asiatic descent except servants of the occupier of the premises in residence shall reside or be allowed to remain on the premises.” This covenant was declared null in 1978, but to this day, its consequences are still being felt by certain members of the Vancouver community.

In 1920, an equally troubling covenant was enacted in the Calgary neighbourhood of Victoria Park to deter Black families from settling there. In Toronto, until 1945, residents who lived in some neighbourhoods weren’t allowed to sell to “Jews or persons of objectionable nationality.”

These are not just occurrences of the past; the effect of these laws has shaped our societies today. These effects could manifest in the segregation of communities of different races, or in the apparent relegation of a different race in a particular neighbourhood.

Although there is no evidence of residential mortgage discrimination in Canada, community groups have expressed concern over bank closures in certain low-income neighbourhoods. Further, residents of some neighbourhoods served by credit unions, which do not pool risk, may find it more difficult to obtain mortgages. Anecdotal evidence suggests that people in certain neighbourhoods with large-scale public housing projects have difficulty obtaining insurance.

For those lucky enough to escape this cycle of poverty, which disproportionately impacts racialized people, they will nevertheless face other types of racism and discrimination. Indeed, stories are plenty of people being unwelcomed in their white neighbourhoods, some face blatant acts of overt racism like being spat on while walking in a park, or receiving racist messages in your mail, and many other examples. Some others face hidden, more implicit racism from landlords, who would refuse to rent to a racialized individual.

To date, not enough research is done in this area, a 2009 report from the Centre for Equality Rights in Accommodation found that Black single parents, along with South Asian households, have a one-in-four chance of encountering moderate to severe discrimination when inquiring about apartments for rent in Toronto. Additionally, census data shows significant segregation of Black households in both the rental and property market.

A lot more research and studies need to be done in the area of racism in real estate and financial equality. What is clear today, is that there is a problem and it is our responsibility to fix it.

In the coming blog, we will talk about how racism in employment, and housing, affect the future of generations to come.